"a tenacious faith in a God who can do great things, and an expanded vision among people who dare to believe..."

World Outreach was established in 1932 by Dr Len Jones. Dr Jones constantly emphasised two priorities: a tenacious faith in a God who can do great things, and an expanded vision among people who dare to believe. Len left a great heritage. 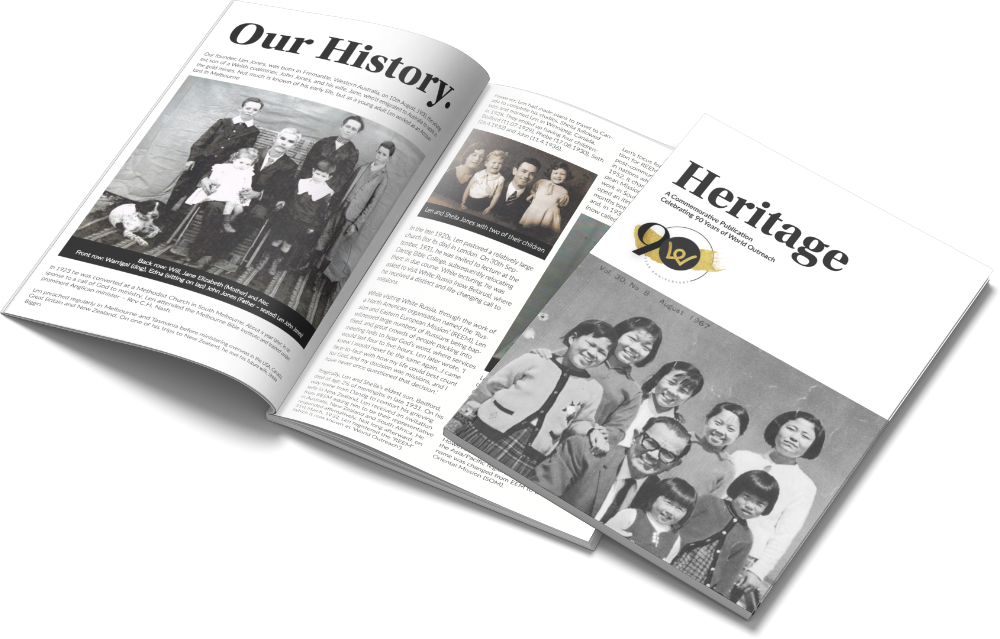 Download our special publication commemorating the 90th Anniversary of World Outreach. Here we honour and celebrate the faithful, dedicated, and sacrificial people who laid the foundation for what is being accomplished across 70 countries today!

Today, there are World Outreach missionaries and co-workers in 70 nations, who seek to reach the unreached peoples across the globe. These passionate missionaries are filled with a vision to fulfill all that God has for their lives and dare to believe in a God who can do the impossible. 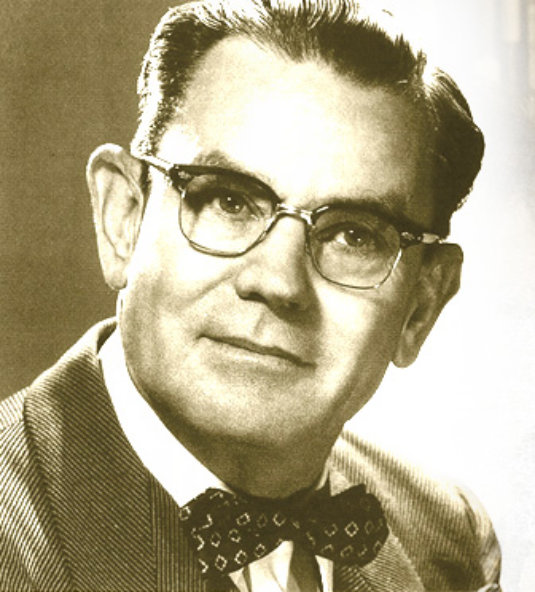 Len Jones’ father was a coal miner in the Rhondda Valley of South Wales, in Great Britain. He emigrated to the goldfields of Australia in the belief that gold was more valuable than coal, and therefore it must be more remunerative to mine it!

Len was born and raised in a mining area of Western Australia, served in the Australian Army (where he was in full charge of the Australian YMCA during World War 2) and was discharged at the end of hostilities with the equivalent rank of Lieutenant Colonel.

He worked as an accountant in Melbourne, the capital of the Australian state of Victoria. Soon after his conversion in a Methodist Church in South Melbourne in the early 1920s, he attended the Melbourne Bible Institute.

Len then began to preach in Methodist Churches, mainly in Melbourne, and was sent to Tasmania to preach for the Presbyterian Church. Then followed ministry overseas for some years in New Zealand (where he met his wife), USA, Canada and Great Britain.

The death of Dr and Mrs Jones’ son, Bedford John, brought Len back to Australia and New Zealand, where the mission was founded.

‘Despise not the days of small beginnings’ is an apt verse for the early days of WO. As a new political force rose, spreading its communistic tentacles in Eastern Europe, God raised up a man, and a mission, to help address a great need among tens of thousands of displaced people.

WO was raised up to minister to refugees in Eastern Europe during the Great Depression in 1932. While the major focus was a humanitarian one, Len Jones and his willing co-workers would take every opportunity offered them to tell “refugees” about Jesus. At the same time, they endeavoured to stir up Christians everywhere to get involved, whether in practical ways like distributing food, clothing, and blankets, or in prayer and in giving. Len travelled continuously, sharing the challenges and needs by speaking in church services and house meetings, over cups of tea, wherever opportunities allowed, and by writing and posting news reports around the world.

At the conclusion of World War II, General Douglas MacArthur issued a call to the western church to help with the rebuilding of Asia. Dr Jones responded to that call. After some time, the name of the mission was changed to the “Slavic and Oriental Mission” to better reflect the scope of the ministry.

Eventually opportunities came to minister in Africa, so the name changed to “World Outreach”. 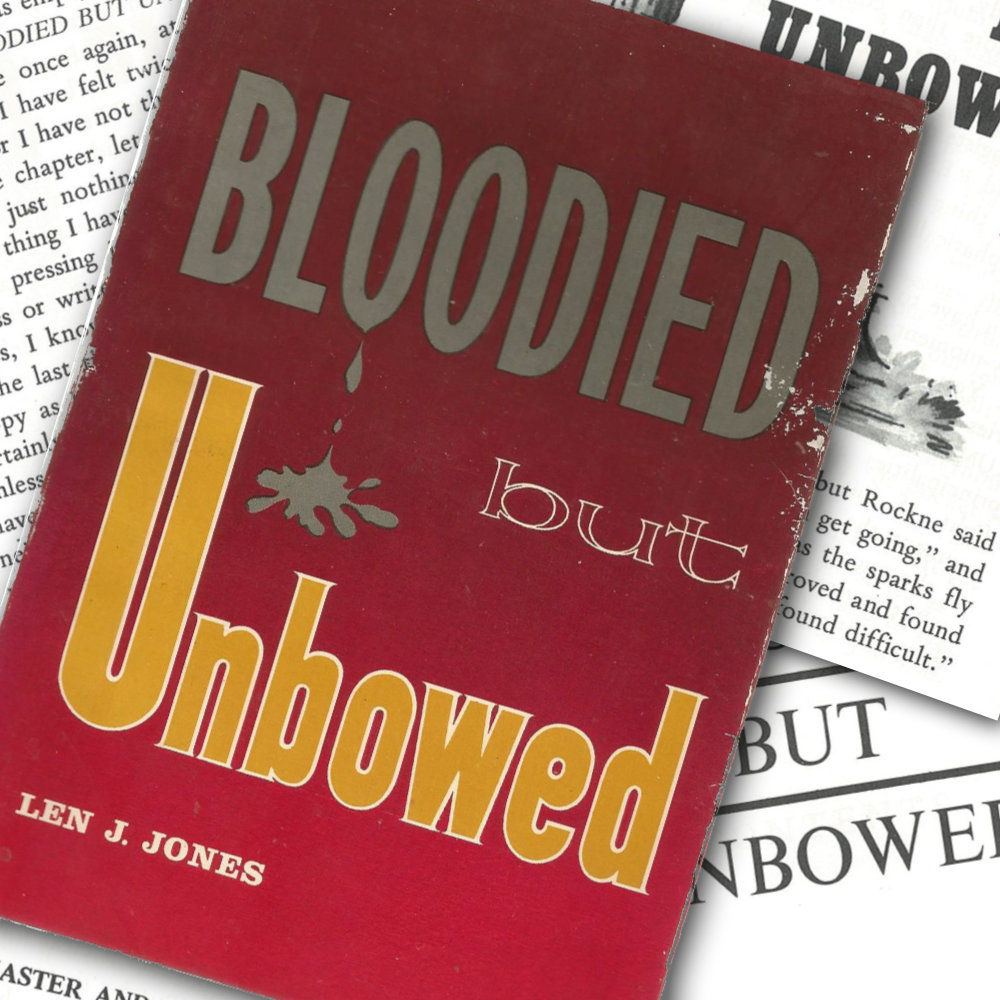 As well as being an outstanding statesman, Dr Len Jones was also an inspiring author. His most popular book, Confess It, gives a more detailed account of his life story. He also wrote Sleuth Hound of Heaven, Ignorance is Not Bliss and Blooded but Unbowed. 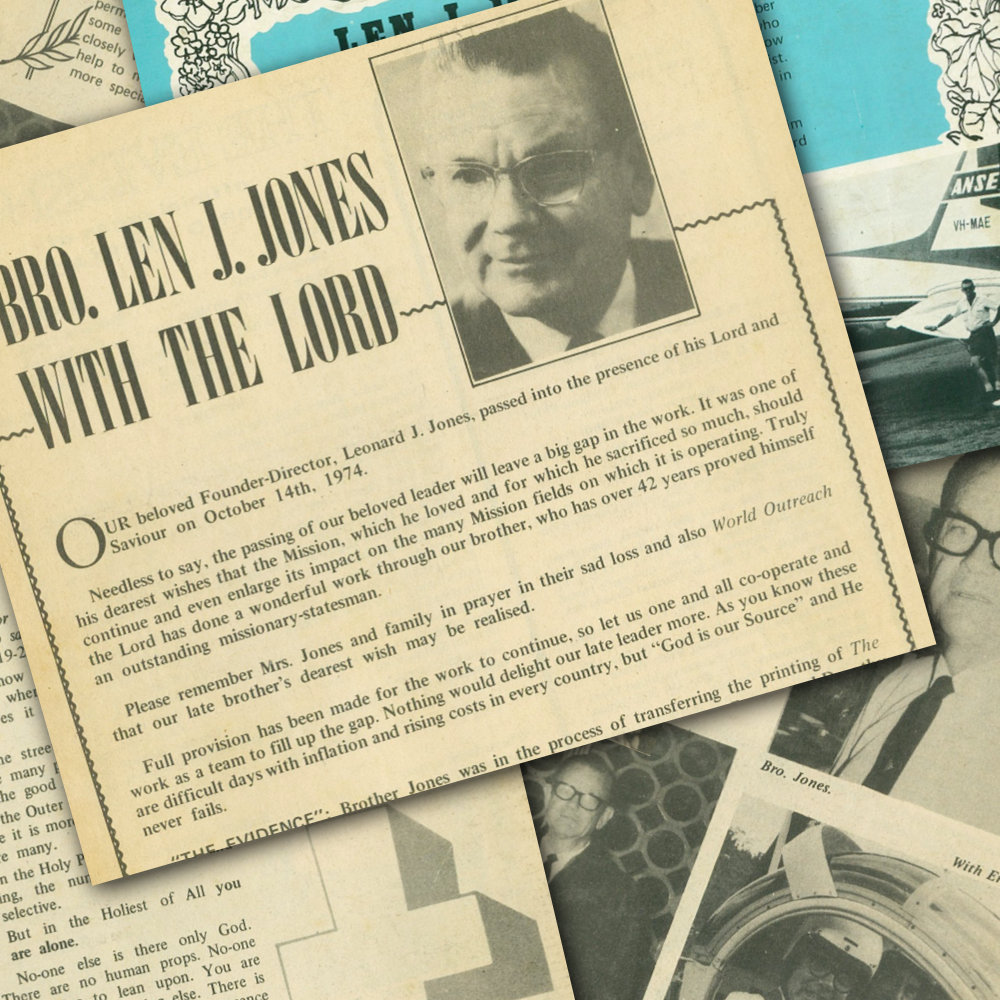 Has WO changed in the past 90 years? While scores of cross-cultural workers have since come and gone, today WO has regular ministry programmes and projects in more than 70 nations, with over 240 people involved in full-time missionary service, and 350 national leaders serving in a WO-related ministry. Now in the 21st century, the world has dramatically changed since WO was birthed in 1932, but some things have not changed.

We diligently abide by our agreed-upon core-values, which are easily identifiable by our distinctives, and strive to be responsible in our management and cost effective in our stewardship of resources.

What’s new then? The 21st century sees WO involved on all five continents. Cross-cultural workers are no longer (just) coming from the minority world (developed nations), but also from the majority world (developing nations). WO is regularly participating in post-earthquake, flood and famine relief as natural disasters increase worldwide.

A steady stream of a younger generation of cross-cultural workers is embarking on different pathways for service, and a number of modern and effective training programmes have been developed in recent years to better prepare people for cross-cultural service.

One thing that fervently remains the same is the focus to take the Gospel to “unreached people” (UPG) groups, who are ethno-linguistic communities who have never heard of Jesus. Many hundreds of such people groups are still waiting! This remains our great passion.

From 2017, World Outreach International has been directed by Bruce Hills, who is based in Australia.

One thing that fervently remains the same is the focus to take the Gospel to “unreached people” (UPG) groups, who are ethno-linguistic communities who have never heard of Jesus.