We enthusiastically invite you to join us as we take you on a journey from our humble, faith-filled beginnings to be poised at one of the most pivotal moments in modern-day missions.

Lorraine Dierck, became part of the World Outreach family and arrived in Thailand as a Mission Partner in 1978. Below is her reflection of the beginning of World Outreach in Thailand. Though now retired from active field service in Thailand, Lorraine mentors, coaches and encourages her teams back in Thailand via the internet.

The teams in Thailand continue to bear much fruit and frequently share very exciting stories about what the Lord is doing through them.

Paul and Bunty Collins from New Zealand were the first missionaries whose ministry became associated with World Outreach in Thailand. In 1962.

Paul and Bunty proclaimed that their vision was to “go where no-one else had gone”. I remember listening to Paul as he preached and shared the spiritual need of 30-million Thai Buddhists. Paul laid down the challenge: “Come and join us in Thailand. I asked God to send me to the most difficult country to reach with the gospel! We need your help!” Stirring words, and I couldn’t forget Paul’s stories of Buddhist people coming to Christ in tent crusades and the literature ministry. 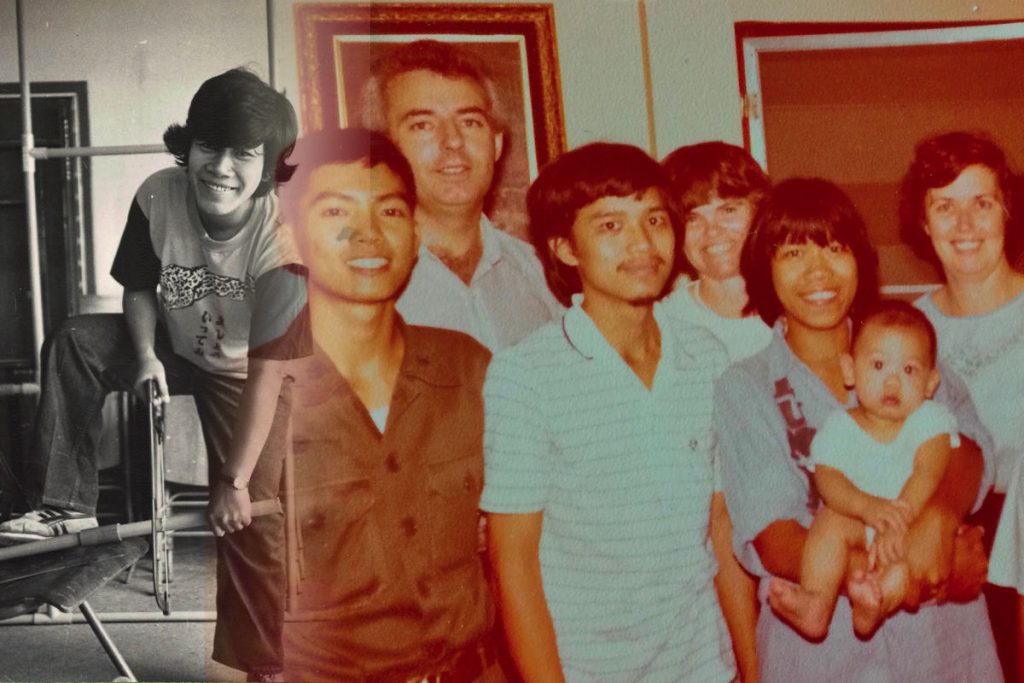 Meanwhile, I went on several YWAM teams including a two-year stint in Bangkok together with Valerie Bateup. We continued to work together as children’s ministers at the AOG church in Wellington (now called Lifepoint) which was pastored by Don Crosbie.

In 1978 while at a children’s training event run by Scripture Union, I heard the sad news that there had been a horrific accident in Thailand resulting in the death of several missionaries. After hearing that news, God spoke to me through my daily Bible reading in John 12:24 where Jesus was speaking about the grain of wheat that falls into the earth and dies, “but if it dies, it produces many others and yields a rich harvest”. I felt that the work of the ones who had died in the car accident was finished, but that God was calling me, together with many others, to replace them.

I was very happy to be chosen, but just one problem – obtaining a missionary visa was seemingly impossible. Then one day Pastor Don brought two visitors to observe a children’s programme that Valerie Bateup and I were running. Verner and Ulla Raassina were well-known Finnish missionaries to Thailand. Verner was in fact the first Pentecostal missionary to Thailand in 1947 and founded the Thai work of the Finnish Foreign Mission, now known as FIDA. Their complementary observations: “This programme is wonderful! We need this in Thailand!” emboldened me to ask cheekily “Well, if I went to Thailand, would you give me a missionary visa?” “Yes, we certainly would!” And so began a partnership with FIDA who have blessed many World Outreach missionaries with not only visas but also with rich fellowship and relationships. 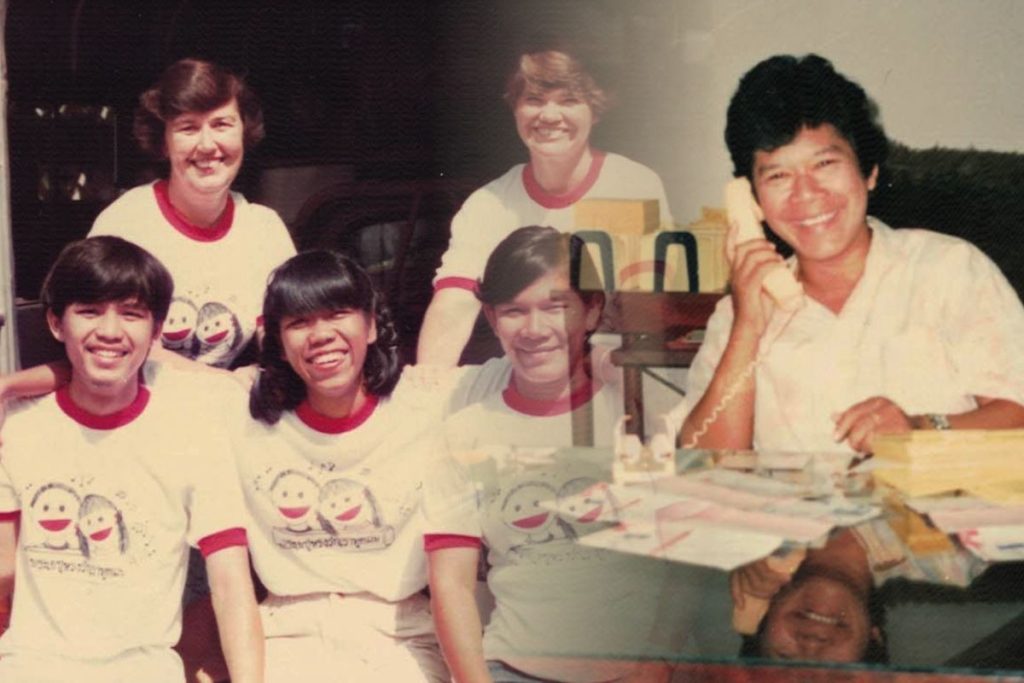 When Don Crosbie, who was then the International Director of World Outreach, heard that I was off to Thailand, he invited me to join World Outreach. It felt like a good fit, and I have been immensely blessed to be part of the World Outreach family.

I arrived in Thailand as a WO mission partner in 1978 and continued studying Thai while also teaching about children’s ministry at the Finnish Bible College. I was preparing to visit Thai schools with a one-hour programme introducing the students to the good news of salvation through Jesus Christ. One of my Bible School students, Srilum Nilsiri heard God calling her to join the children’s ministry. Srilum became the first member of the Good News team from 1979 until her tragic death from cancer in 1988.

Valerie Bateup was keen to return to Thailand, and in 1979 she brought a team from Lifepoint (our home church in NZ). Srilum and I visited schools along Klong Rangsit in Thanyaburi to ask if we could bring some overseas visitors to tell the story of the “true meaning of Christmas”. Every school welcomed us enthusiastically. Valerie’s team was a great hit, and God called her to return to Thailand with World Outreach in 1980.

Valerie brought excellent creative writing gifts and together we established the ministry of the Good News Team in Bangkok. Now led by two of our World Outreach Mission Partners, Win and Kanchana, the Team continues to reach Thai children through school outreaches and follow-up literature. 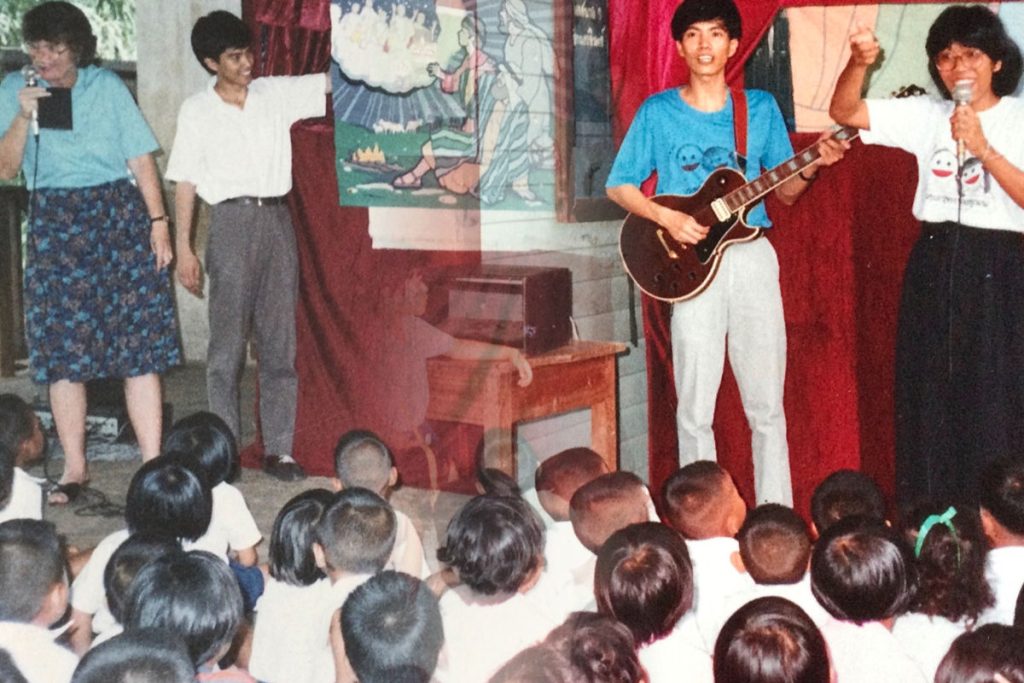 Several World Outreach Thai Mission Partners began their ministries working with the Good News Team. John P. with his musical and technical prowess was an early team member. A young lady called Nok became a Christian after attending my English class at Pathumthani Church. After John and Nok were married they served with the Good News Team for many years before leaving to pastor Pathumthani church. John and Nok are currently spearheading a DMM (Disciple-making Movement) and are also reaching thousands of Thais through their media ministry.

Prasert, who is the WO Thai Field Leader, joined the Good News Team after graduating from the Pentecostal Bible College. She worked with the Team for over 10 years before leaving to start the House of Hope ministry in a slum resettlement community in north Bangkok.

The World Outreach work in Thailand was strengthened as new missionaries began to arrive, starting with John and Marie Anton from Australia who went to South Thailand with AOG World Missions in 1988. The Anton family joined World Outreach in 1996 and shortly afterwards began reaching out to unreached people groups of another major religion in South Thailand where they lived and worked for over 30 years before returning to Australia in 2020. 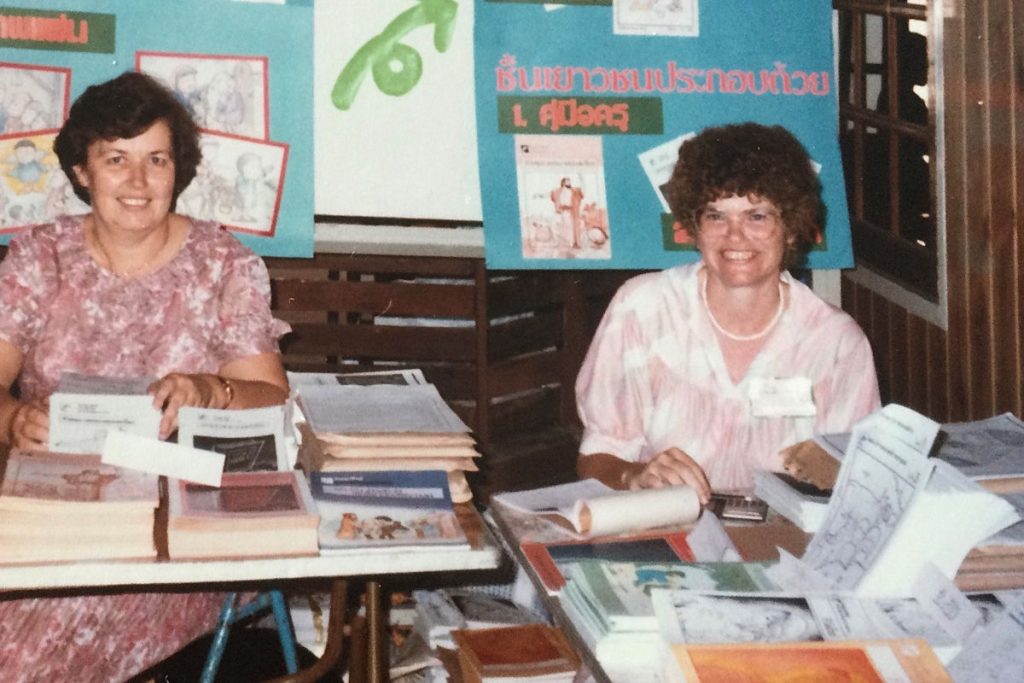 Patricia Green from New Zealand was deeply concerned about the spiritual needs of Thai women who had been trafficked into the sex trade. In the early 1990’s Patricia opened “Rahab” as a hairdressing salon in the red-light district of Bangkok to reach out to these women and provide alternative employment to those who decided to leave the bars.

Elisa from Uruguay joined World Outreach in 1998, worked with tribal children in North Thailand, and then moved to North East Thailand, where she was involved in church-planting, discipleship and prison ministry. Elisa was a great blessing for more than 20 years before returning to Uruguay for family reasons.

Gayle and Chaiyot also joined World Outreach in 1998 while teaching in Prachuab Kiri Khan. In 1999 they relocated to Chaiyot’s hometown of Surathani with a vision for discipleship and church-planting. Chaiyot became the Thailand director of the Kairos course and eventually relocated to Chiang Mai, where they had more opportunities to mobilise the Thai church for cross-cultural missions.

In February 2001, the Potter family moved to Thailand to serve on the Children’s Tribal Hostel leadership team in Mae Chaem. Shortly after, the Lord put on Malcolm and Sandy’s hearts to build Baan Faa Mai, a new hostel for tribal children who had no schools in their villages. It was a significant step of faith as there were only funds for the foundations of the first building. After beginning construction, God supernaturally provided until completion three years later. Apart from construction supervision, Malcolm and Sandy took teams of students to visit their home villages to share the gospel and start new churches in unreached tribal villages. In 2012 they also began a hostel for tribal university girls in Chiang Mai. Malcolm and Sandy have served World Outreach for many years as Field Leaders for expatriate Mission Partners serving in Thailand. 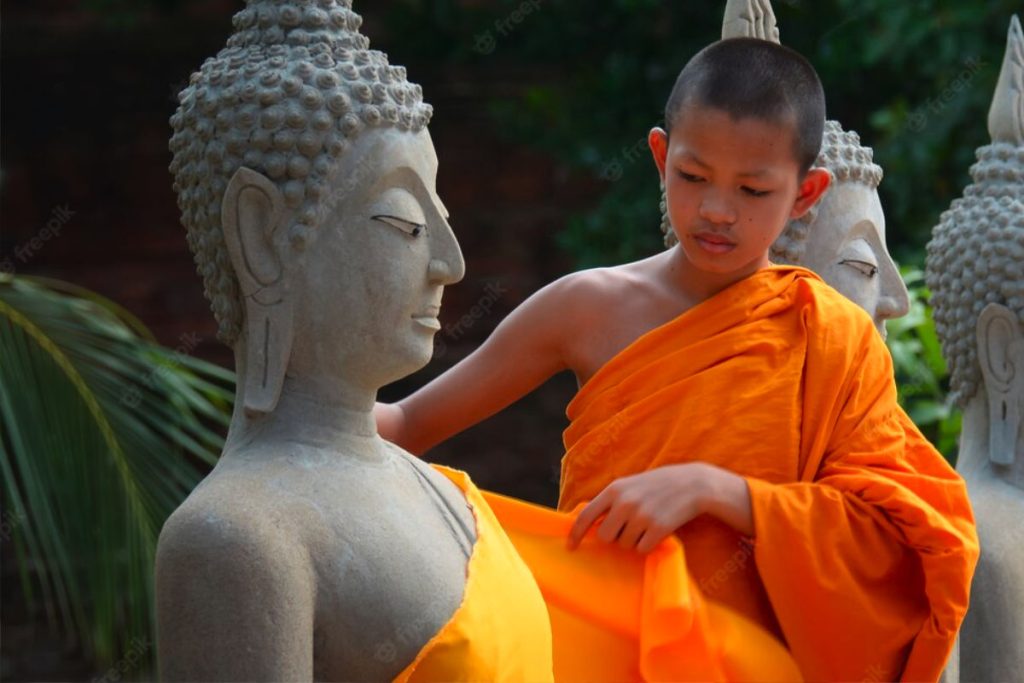 Kevin and Jeh Sie Chan from Singapore were involved with ministering to the Karen refugees on the Thai-Myanmar border for many years and eventually moved to Northeast Thailand in 2011 with a vision to launch small businesses as church planting opportunities (Business as Mission). They started a language school and ran a board games cafe to reach out to university students. Kevin and Jeh Sie surprised their team members and locals with their ability to speak and read Thai fluently after just a few months in Thailand! Although they left in 2016 to move into leadership roles within World Outreach International, they left a powerful legacy behind them.

These are only a few of the people who served with World Outreach in Thailand during those early days. I also remember Nancy from Uruguay, Irene Ng-Lodge from Malaysia, Eliza, Delora, Joey and Raya from the Philippines, and David and Ruth, now serving in Laos.

Since Paul Collins landed in Thailand, the number of Buddhists has doubled to 64 million, and many districts still have no church. More labourers are needed! But they will be building on a good foundation. World Outreach Mission Partners have told the story of Jesus with passion and power in North, South, Northeast and Central Thailand for more than 40 years. Many Thai pastors and Christian leaders are in full-time ministry because of their relationship with World Outreach.

We pray you will be encouraged by these stories! Will you join us in praying for those facing trials around the globe?

(This article can also be found in our Nations Magazine – Issue 2, 2022. Do you want to discover more about the World Outreach Nation Magazine? Take a look here.)